loading...
Reviews
Forget the Genocide! 5 Ways To Celebrate This Australia Day
1st of your 1,000,000 free articles this month Australia Day is a celebration of all that modern Australia represents (except for the parts about how it began) and is the perfect day to bring Australia together (except for those adversely affect by its founding, for whom it is a painful reminder).

If you’re travelling around Australia, you’re sure to come across people who say they object to the celebration being held on 26th January.

Many will complain they feel left out of the celebration because, for them, the day marks the start of an invasion that dispossessed their ancestors of their land.

These people are known as Indigenous Australians, and although you’ll see them all over Australia, their opinions can be safely ignored because it always has been up till now, and why fix something when the problem doesn’t affect you personally?

You might think that the only logical way to solve the problem of holding a day of celebration on the same day that marks the beginning of genocide of some of the people you’re wanting to join your celebration, is to move the date.

You might think that a great way to bring the nation together is to find another date, so that everyone can feel included in the celebration, and instead use January 26th as an occasion mark the complexities of Australia’s history.

Nothing could be further from the truth. The best way to bring all Australians together is to force the group complaining about it to shut up and put up with the date that’s already been decided because it’s not like, from your perspective, there’s anything wrong with it.

With that in mind, we’ve compiled this list of things you can do, to CELEBRATE all that Australia represents (except for the bit about how it began).

1. Dress up in black face 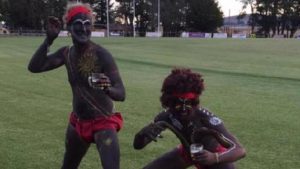 If Indigenous Australians aren’t going to come to the party, you’ll just have to pretend they turned up anyway.

You might think blackface is cringeworthy and offensive – but that’s exactly what they’ll be saying about celebrating Australia Day on 26th January one day!

You might as well celebrate Australia in blackface because they’re already going be offended anyway. It’s not as if going in blackface is going to change anything. Which is the whole point! 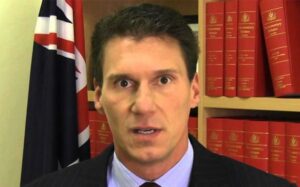 Now that he’s resigned from the Senate, Cory is looking for new recruits with a common sense approach to public policy. If you’re celebrating on the day that kicked off the dispossession of people who’d been living here for 65,000 years, sounds like you’ll fit right in at the Australian Conservatives Party. 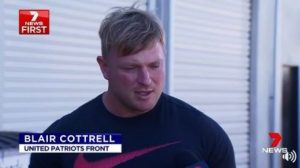 Admittedly, you probably already do. Channel Seven is the perfect way to keep up with all the news about what’s happening in far-right neo-Nazi. Should be right up your alley.

4. Don’t read the 2005 report published by the UN Committee on the Elimination of Racial Discrimination 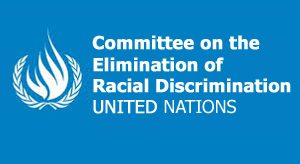 Australia Day is all about how Australia has nothing wrong with it. Don’t read this on Australia – it will put a serious dampener on your celebrations. Trust me.

Finally, if you’re a politician making an Australia Day speech…

5. Acknowledge Indigenous Dispossession for half a sentence before launching into 20 minutes of jingoism

Maybe even suggest a pledge of allegiance or something! History shows us that the easiest way to sweep uneasy topics Indigenous Australians keep bringing up is to briefly acknowledge their concerns before then completely ignoring them. It’s worked for 230 years! Why stop now?